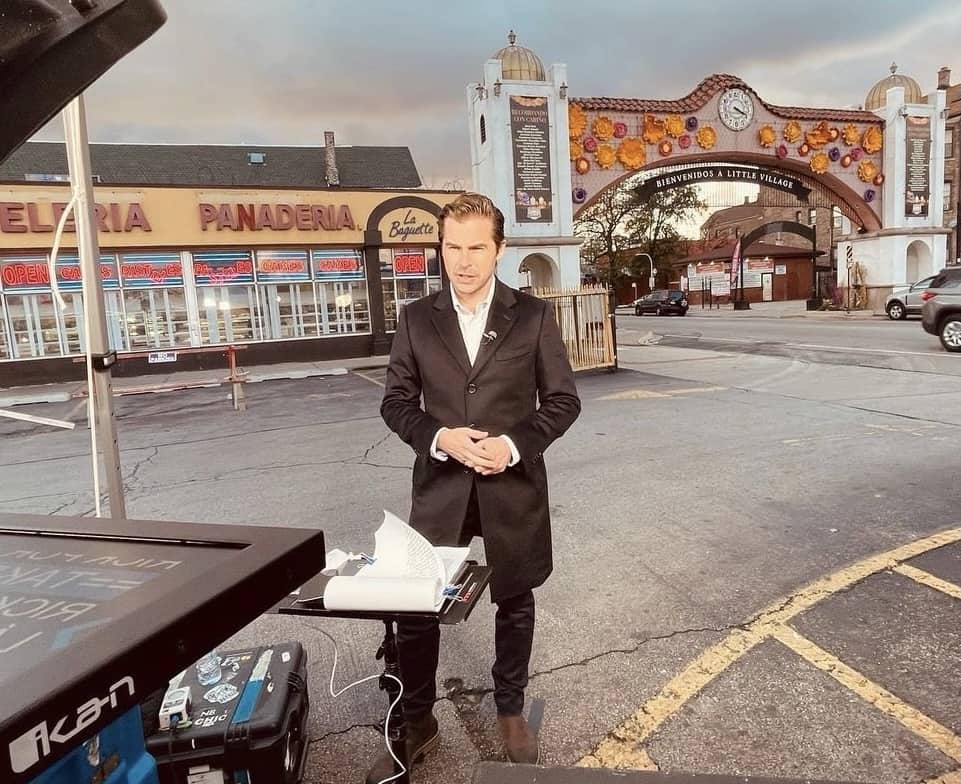 The sound of heavy traffic and heavy winds surround the mostly full Discount Mall parking lot on 26th Street. As usual the streets are lively with people driving in and out of the plaza, running their Monday afternoon errands.

The iconic “Bienvenidos a Little Village” arch awns the backdrop against the not-so-usual sight of RVs, tents, and camera equipment. Telemundo prepared a set in the heart of La Villita for their visiting host, Julio Vaqueiro, to introduce the newscast.

“So many aspects of everyday life in Chicago have been transformed by the Latino community.,” Vaqueiro said. “We just want to talk to this strong, energetic, vibrant community and learn what their American experience is like.”

Vaqueiro was recently promoted to head anchor of Telemundo’s evening telecast, “Noticias Telemundo”. He visited Chicago on Oct. 25 as part of a mini-tour across the U.S. to cities with significant Latino populations. The tour began in Los Angeles with stops in Houston and Chicago before concluding in New York on November 2. Vaqueiro expressed the desire to continue the tour in early 2022 after the colder months and holiday season passed.

This was Vaqueiro’s first trip to Chicago. The Windy City greeted him with stormy weather and below-average temperatures, which Vaqueiro, who lives in Miami, is not accustomed to. He did not let that discourage him from enjoying his trip though.

He was excited to see Chicago’s buildings and downtown area in person. Vaqueiro shared how his architect father, who influenced his love of architecture, often talked about the beauty of the city.

The Mexican journalist also took the opportunity to indulge in some tacos and was impressed by the richness of Mexican culture in Chicago.

“I mean, this is probably more Mexican than Mexico,” he said enthusiastically. “And I’m not exaggerating. It’s funny how as immigrants we come here and we want to be more Mexican and listen to our music more often, and eat our food more often and maybe if we were in Mexico we would be listening to rock or pop or whatever, but here we just want to listen to the mariachi,” he explained.

He is an Emmy Award-winning journalist who made his debut to Telemundo’s national team in 2017 on the weekend newscast “Noticias Fin de Semana”.

He previously anchored the late-night weekday newscast before his promotion. His coverage with Telemundo includes the coronavirus pandemic, the 2020 presidential race, and immigration issues at the U.S.-Mexico border. 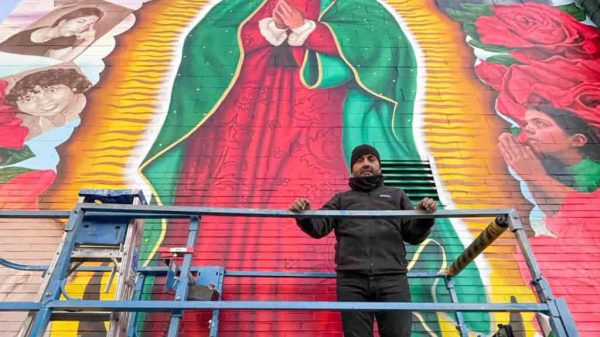