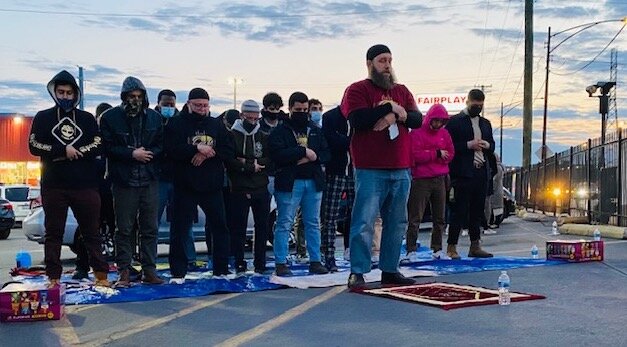 The temperature was falling faster than the setting sun on a Friday evening that felt more like Autumn than Spring. Car after car with members of the Ojalá Foundation rolled into the parking lot of Fairplay Foods on Chicago’s Southwest Side for the weekly “Neighborly Deeds Initiative” of passing out food to the homeless.

For some members of the Latino Muslim group, this would be their first time earning their “hasanat,” or reward for good deeds. Others have been donating their time since the program began three years ago.

“We feed the homeless because it is an obligation as Muslims,” said Raul Gonzalez, director of outreach for the Ojalá Foundation. The name of the foundation itself illustrates the strong link between Latinos and Arabic: Ojalá is the Spanish derivative of the Arabic “inshallah” or “may God will it,” and just one of many Spanish words with Arabic roots.

“Sunnah teaches us that among the best deeds are to feed the poor,” Gonzalez added. Sunnah is the way of life prescribed for Muslims, based on teachings and practices of Muhammad.

By then, the sun was no longer visible, and the sky was dressed in a pale blue with faint yellow. There was a call for the evening prayer before the group broke its Ramadan fast and enjoyed “iftaar” – the evening meal.

The daily fast during Ramadan, considered one of the holiest Islamic months, begins immediately after the pre-dawn meal of suhoor and continues during the daylight hours, ending with iftaar.

There was a celebratory mood as volunteers shared food and stories before putting their faith into action.

“JazakAllah Khayr” – “May God bless you with goodness,” Gonzalez said, as he thanked the more than two dozen in attendance. He tells newcomers what they can expect to see, how they should conduct themselves, and the significance of feeding their soul by feeding the “miskin” – the unfortunate or impoverished.

“Allah has not forgotten them,” he said, before the group headed out in a caravan through the Heart of Chicago.

The first stop is at a homeless camp under a bridge not far from where the volunteers first met. It’s a row of rigged-up shelters mostly made from cardboard boxes, wood, sheets, and other discarded items found on the streets. Some of the lucky ones have tents and small luxuries that many people might take for granted. But despite living in squalid conditions, there is a sense of resourcefulness, if not determination.

Gonzalez directed the team into action. The crews engaged people, emphatically announcing that they had arrived this night with hot meals.

Each volunteer is greeted warmly in this community, with a “thank you for coming.”

Mike, who said he’s lived on the streets for almost 30 years, said he has “nothing but love” for the Ojalá team. “I appreciate (that) they come out to see us week after week.”

Being seen is a sentiment that another camp resident, Juanita, acknowledges. “I get attention and help from them that I don’t get from the government.”

Along with meals, Ojalá also provides the homeless with clothing, toiletries, tents, and other essentials. In Juanita’s case, the group is helping her get the proper identification to then apply for temporary housing.

HOMELESSNESS: CAUSE AND CONSEQUENCE

An estimate in 2018 said there were nearly 80,000 people experiencing homelessness in Chicago. Blacks and African Americans comprise a disproportionate number in that population; 78% say they lived in the street or at a shelter.

In January, the Illinois General Assembly unanimously passed the Public Housing Access Bill, part of the Illinois Legislative Black Caucus agenda. According to the Chicago Coalition for the Homeless, the bill is aimed at dismantling systemic racism that has been sustained by the current public housing system.

The Reentry and Housing Coalition reports that more than 25% of people experiencing homelessness have said they’re routinely arrested for activities that are a direct result of their homelessness, like loitering, sitting, lying down, or sleeping in public.

Due to this action-reaction relationship, a formerly incarcerated person is nearly 10 times more likely to be homeless than the general public, according to the National Low Income Housing Coalition.

After visiting six locations, the evening’s initiative ends in the same way it began – with prayers.

“JazakAllah Khayr” Gonzalez said, again thanking the volunteers again for their charitable acts — may God bless you with goodness.

The “Neighborly Deeds Initiative” has fed more than 15,000 people.

Learning that there are Latino Muslims might surprise some people, considering that about 76% of Latinos in the United States are Christian, according to the Public Religion Research Institute.

But there is a sizable number of Latinos who are Muslim, and the population is growing. The Pew Research Center finds Muslims living in the U.S. increased from 2.5 million to 3.5 million from 2007 to 2017. Approximately a quarter-million are Latinos. While many Latinos are raised in Muslim households, researchers said a little more than half are former Catholics.

“Islam provides a perfect combination of logic and faith,” said Chris Nevarez, an Ojalá member and a fellow with the Illinois Muslim Civic Coalition. Among the reasons people give for being attracted to Islam is that its teachings emphasize a personal and direct connection with God.

It is no surprise that some families frown at a relative leaving the faith they were born into. While Nevarez’s family and friends have been very supportive, he knows of many in the Ojalá group who’ve not been as fortunate.

“The initial responses for many include a belief that they are renouncing their latinohood to become Arab or a fear that this will lead to any radicalization (fear that comes from the media’s portrayal of Islam),” he said. “These reactions have many times led to people being kicked out of their home or also being ostracized from their family and friends.”

Latino Muslims live at an intersection of cultures, and Ojalá Foundation members see themselves as the bridge, bringing people together.

“It all begins with action,” Nevarez said. “Ojalá aims to give ‘dawah’ (invite individuals to Islam) through our good actions.”

For the members of Ojalá, who said they are often made to feel like foreigners in their own country, strengthening community relationships by serving the homeless — another community often villainized and misunderstood — is their responsibility.

“A lot of us come from these neighborhoods. We are giving back to the community that raised us,” says Malaina Echevarria. “It’s bittersweet to know there isn’t more we can do for them, but Alhamdulillah (all praises belong to Allah) – we are grateful to serve.”

The month of Ramadan, which this year ends on May 12, is dedicated to worship, charity, and community as Muslims renew their “Iman” – their faith.

In this article:Latino, muslims and Latinos, Ramadan 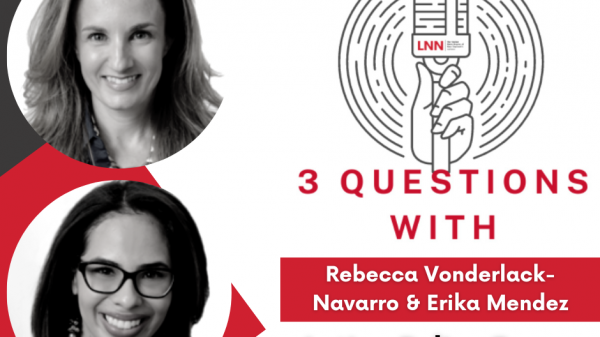 With over 12 percent of the students enrolled in Illinois public schools during the 2020-2021 school year considered English Language Learners, Illinois has the... 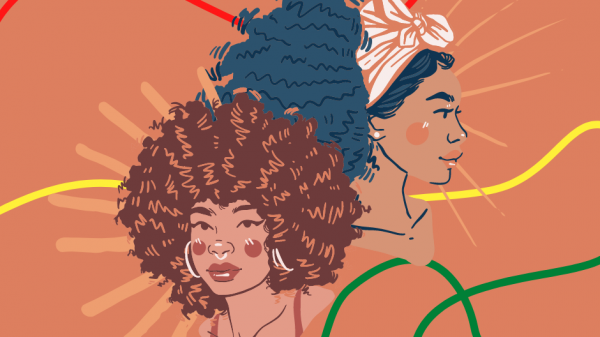 Afro-Latinas stress the complexity of their roots

The first time DePaul junior, Ariana Collazo heard of an Afro-Latina individual in school was last year during her Afro Caribbean class when Haitian...