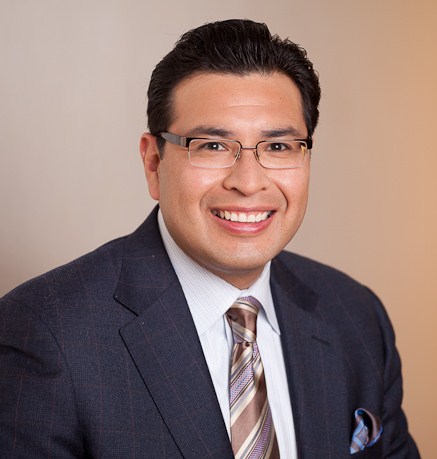 On this week’s episode of Illinois Latino News Opinion+, Dr. Robert Rodriguez, president and founder of DRR Advisors, joined us for a discussion about businesses measuring inclusivity and accepting accountability for the lack of Latinos in leadership roles. He also stressed the power in Latinidad and identity.

DRR Advisors is a firm that consults businesses in building various inclusion initiatives and Latino talent management programs. He has worked with many companies in industries spanning from banking to transportation and while their business ventures range, many of them operate with similar outlooks toward their Latino staff. He says that one of the common factors in the past has been a lack of accountability on the company’s end and the mindset that their Latino employees have not reached leadership roles due to their own issues that need to be “fixed.”

“‘Cause we’re not broke, I’m not fixing anybody but the companies that get it are the ones that say, Robert, help us. Help us as an organization that will create the conditions that nurture their success. Help us improve the systems that we have in place regarding identifying top talent, help us make sure that Latinos aren’t over mentored and under sponsored,” he said.

He says that now many more companies are taking accountability for the systems that have traditionally prevented Latinos from progressing.

Dr. Rodriguez also spoke about his personal struggle in forming his sense of identity as a Mexican-American growing up in the Midwest, and how entering corporate America complicated it further.

“I didn’t embrace my Hispanic heritage. I was never ashamed of it, I just didn’t see it as something that served me well,” he said.

Dr. Rodriguez says that he grew out of this mindset and realized the strength of his bicultural perspective that came from his Hispanic background. He says that he now encourages young Latinos to approach identity and ethnicity on their own terms.

“But what I tell folks is whatever your sense of identity is, you own it, you determine it. Don’t let somebody else determine it for you and as I talk to many young Hispanics, that’s what they’re finding,” he said.

As a writer, Dr. Rodriguez has converted these lessons he’s learned through personal experience and research into the written word, making the information he sought during the early stages of his career readily available for Latinos looking for guidance, something he says he did not have.

“And the reason I wrote it is ‘cause I think there was a story that needed to be told that we are a powerful community, that we contribute a lot to this society and that we are a callus for economic growth. Now that I’ve written three books, I’m super excited now to see more and more Latinos writing books and getting published because our stories need to be told and I’m glad that there’s an audience for those books,” he said.

One doesn’t need to spend much time reading a newspaper, listening to a news radio program, watching a newscast on television – or all...