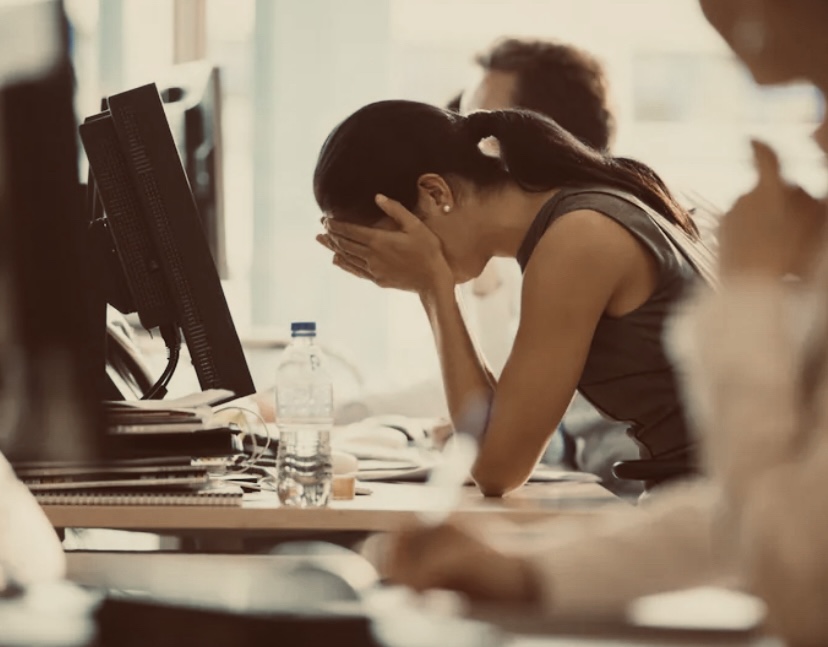 Publisher’s Note: Mental health concerns dominate people’s minds, even as the pandemic eases, according to a new survey conducted by the newsroom collaborative, Solving for Chicago.

Illinois Latino News is one of the 23 newsrooms working cooperatively to cover pressing issues facing the public in the Chicago region.

This story is based on your responses to the survey about the long-term effects of the pandemic people face and how to overcome those challenges.

Mental Health wellness was among the social problems you said you want to see more news coverage.

The impact of the coronavirus on Hispanics-Latinos, who have been disproportionately affected, has been discerning.

Due to higher rates of deaths, unemployment, college dropout, homelessness, and access to quality health care, the community is more prone to developing symptoms associated with post-traumatic stress disorder. Systemic barriers to mental health support have worsened for the community — at a time when getting timely help has never been more critical.

Adding to the challenges, the community has been coping with a mental health care system that wasn’t built with them in mind. To adequately move forward in meeting the mental health needs of Hispanics-Latinos, beyond conventional structures and practices, thought leaders say it is critical to focus on culture. Although some aspects of culture contribute to stigmatized views of mental health, it might also be the solution.

“We were comfortable because we just put our heads down, and we’d keep going, and I think that’s what we’d been taught to do. Sigue, sigue, sigue, trabajando, sigue. Go, go, go, go, go, and when we look up again, we find ourselves in chaos because we haven’t looked up in so long.”

Mental health counselor and owner of Advocacy & Education Consulting Pamela Fullerton describes the mentality culturally ingrained into many Hispanics-Latinos: no matter what, keep working. As a result, conversations about self-care, work-life balance, and mental health are much less common, which comes at a price.

The Substance Abuse and Mental Health Services Administration report found that only 34 percent of Hispanic-Latino adults with mental illness receive treatment every year.

As an essential worker who can work from home, Fullerton’s experience differed from those in public-facing industries, as she was less at-risk in terms of physical health. However, adjusting to staying home, running a business, teaching and caring for her two children, and assisting her clients through their new stressors, was challenging to balance.

“I did work with essential workers who had to go into work and so dealing with their anxiety of that, their stress about that. I’ve had clients that lost their jobs during the pandemic, and so a part of them kind of felt relief on the one hand, but then, on the other hand, a loss of income is a big deal, so I was helping many individuals find scholarship monies, grants, anything to kind of help them stay afloat,” she said. “I was doing that, which is very stressful knowing that I got a client who needs to get food on their table.”

Centers for Disease Control and Prevention surveys conducted in June 2020 show that overall, working adults reported symptoms of anxiety and depression during the pandemic. Still, numbers were higher for essential workers, with 42 percent saying they experienced these symptoms and 25 percent reporting they started or increased substance use to cope with their emotions.

In the February 2022 episode of ILLN Opinion+, NAMI Illinois Executive Director Andy Wade discussed the organization’s efforts to specifically target minority communities, who traditionally have stigmatized mental health views and who made up most of Chicago’s essential worker population.

These initiatives, Sharing Hope for the Black community and Compartiendo Esperanza for the Latinx community, consist of three videos that explore mental health from the lens of their respective community through dialogue and storytelling, followed by a guided discussion.

“This is only for them [the Black and Latinx communities] to talk about their community, to talk about their struggles, their challenges, and hopefully, in some cases, their success as well,” said Laura Martinez, Mental Health Equity & Inclusion Director of NAMI Illinois.

She says that culture influences people’s issues and how they cope with things like grief. For example, she recalled a recent event in which her neighbor’s husband died, and after praying, the mourning group began recanting old memories and crying.

“I took the opportunity to turn it into a Compartiendo Esperanza, and I said, you know, there’s this video, and I had my phone,” she explained. The specific video Martinez shared shows a grieving family, with the father explaining the need for him to be “macho” and not allow his children to see him cry.

It sparked a response from the men in the novena group.

“There were males there that said, ‘you know what, I want my children to know it’s not okay. We have a lot of mental health issues on my side of the family, and so I want them to know that if they’re not feeling okay, I want them to get the help that they need, right when they need it because he had lost someone to suicide. He said, ‘I don’t want to go through that again.'”

Fullerton says a significant disconnect between minorities and mental health dates back to its origin, which never considered other cultural experiences.

“If you think about psychology which is the root, psychology and psychiatry, they were started by white men. White, European men and white, older American men and they did all their work on white men and white, middle-class wives. What do they know about everybody else?” she said. “And have we seen mental health in other ethnic cultures? YES! Our indigenous ancestors did ancient healing practices, so mental health has been there; it just looks different than what we see here in the United States.”

She says that mental health providers continue to do a disservice to people of color by not implementing their customs into treatment. It may be a trial and error process to find one’s individualized and preferred method, but doing so creates trust and allows people to feel more comfortable opening up.

“That’s what I think is the beauty of mental health; it’s being in a partnership with the client that you’re working with, with the community that you’re working with, getting their input so that they’re comfortable with what you’re doing in the room because if not, they’re gonna do what so many Latinos, so many Black-Americans, what they’ve been doing for years which is coming to counseling for maybe one or two sessions and then leaving because they didn’t connect with the human being in front of them,” said Fullerton.

The lack of resources and services available for minorities was highlighted during the pandemic. However, many local organizations attempted to provide what people needed, whether food security, protective gear, or a sense of community.

Sin Titulo is a cultural and social justice-focused online apparel company founded by Iraís Elizarraraz and her sisters, Diana and Itzel, in August 2020. They opened with phrases like “first generation” and “you love the culture, now support the people” printed onto their t-shirts but have since expanded to hosting a mental health initiative, Fruits of My Labor, after Iraís was inspired by a panel she joined, where she answered questions about self-love and her identity.

“All these people of different backgrounds came up to me and said your story resonates with me so much, and I didn’t know; I thought my story was just a singular bubble, but it wasn’t,” she explained.

Sin Titulo’s mission focuses on uplifting Black and Brown people, but their recent Cinco de Mayo event was designed to elevate Mexican culture, voices, and experiences. Elizarraraz says that being teased by her family as a child by chanting “quiere llorar, quiere llorar” has led to her reluctance to publicly show emotion as an adult. But she couldn’t hold back at the event and noticed audience members also wiping tears away.

“I’m like, wow, people were crying at the event, and a lot of barriers were taken down after the discussion,” She continued. “Those moments I’m like wow, this is working, and it’s going in the right direction, but then also not only do we have to talk about it but how do we heal from it… we need to address it and make sure it doesn’t happen for generational trauma in the future.”

Fullerton points out that only talking about problems won’t be enough for individuals with more severe mental issues or who require medication. Still, narrative therapy, a type of counseling that focuses on a person’s story and treats them as the expert of their own lives, has proven effective for Latinx.

“We’re storytellers as Latinos, too, so I think it really speaks to the heart of who we are, using this type of therapy where we use stories to reauthor a new story that really is about who we are,” she said.

She says that informal settings such as NAMI’s Compartiendo Esperanza and Sin Titulo’s Fruits of My Labor also help ease Latinos with these sometimes severe discussions. She says that rather than calling them therapy groups, she and her patients call them “platicas,” where she approaches them as a friend looking to catch up.

“We’re just gonna sit here and talk and enjoy each other’s company. Let’s bring in coffee; let’s do a coffee cake. We love to eat, we love to drink, we love to talk, so bringing things in that culturally make us comfortable and that we’re familiar with will help to ease some of the anxiety that comes with thinking, ‘I’m working on my mental health,’ which is stigmatized or tabooed in our culture and other cultures as well,” she explained.

These differences in approaching mental health make a difference to groups who’ve been programmed to feel that only “crazy” people seek therapy. But, whether it’s addressed or not, mental health, like physical health, needs to be monitored to prevent crises.

“What I’m trying to do is take us to a point where we don’t only think about our mental health when we’re in chaos. But prior to all of those, when just trying to deal with the daily stressors of life…. That’s what mental health awareness is really all about. It’s preventative,” Fullerton said.

We want to hear from you!

Tell us what you think about this story. What you liked/didn’t like about it? Was it useful/not useful? What do you want to learn more about this topic? Email us at info@LatinoNewsNetwork.com 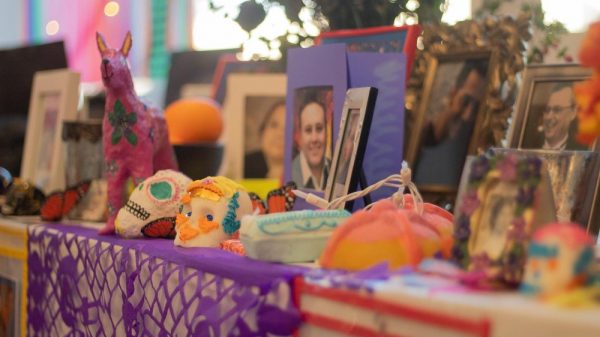 Publisher’sNote: The Misidentified was first published on palabra. Illinois Latino News, one of five independent news outlets managed by the Latino News Network, partners with palabra. in best... 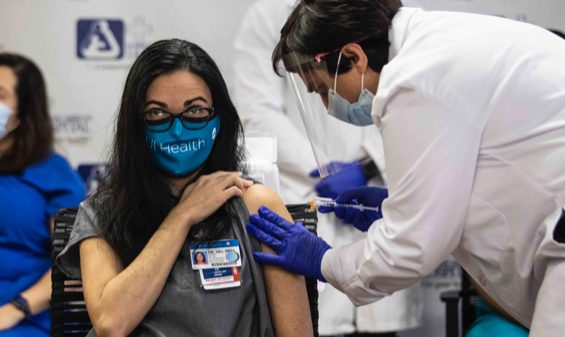 It has been a very difficult two years for so many; nearly 8,000 Chicagoans and more than 33,000 Illinoisans have died from COVID-related causes.... 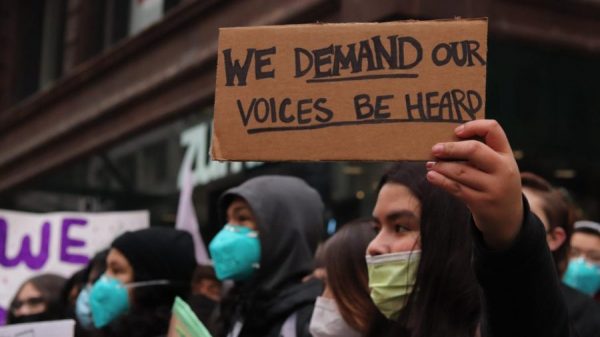 Two days after Chicago Public Schools (CPS) students returned to in-person classes, they were out once again. But this time protesting what they are...