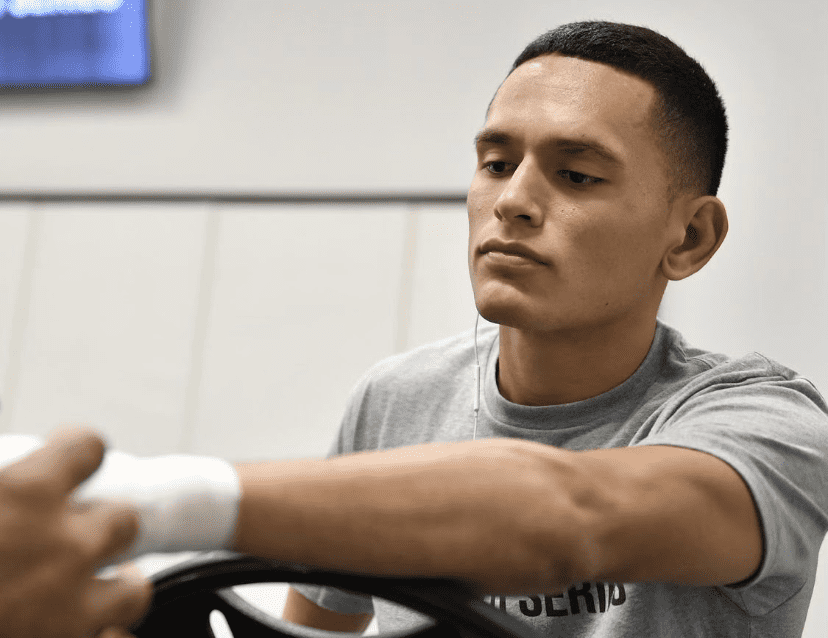 The doors swing open, and professional MMA fighter Carlos Hernandez heads into the fight of his life. His career route depends on the next few strikes he’ll take in the octagon before him. The bright lights illuminate his path towards the biggest stage of his life thus far. As he steps into the ring, he thinks about everything and nothing at all. Tonight he’ll either make his record a 7-win streak, with the chance of earning a contract with Ultimate Fighting Championship or head back to Chicago defeated.

“It’s like your heart rate goes up super, super quick, and you’re trying to calm it down but not too much ‘cause you don’t want to be too flat when the fight starts. So it’s just like a roller coaster walking up there until it’s locked, and then you touch gloves and everything kind of just relaxes for me, and it’s like, time to go to work,” Hernandez said.

Hernandez competed in week 6 of Ultimate Fighting Championship (UFC) President Dana White’s Contender Series. The show, which completed its fifth season on Nov. 2, organizes matches between up-and-coming Mixed Martial Arts (MMA) fighters. Of course, the goal is to win the match, but the real challenge is to impress White, as those who do are offered a contract with UFC.

“They sell this show as a job interview so you’re fighting literally in front of the UFC President and the matchmaker,” Hernandez said.

The stakes are high in Las Vegas as the fight begins, but the energy feels just as high in the private room of Paisans Pizzeria in Berwyn. Hernandez’s family, friends, and teammates have gathered to stream the match and cheer him on from across the country. It’s as if the moment has come full circle. About 20 years prior, the Hernandez family was introduced to MMA during a live demo at a community festival at Morton College, located just five minutes away from the restaurant.

“Kids were doing kickboxing, jiu-jitsu stuff, and it actually caught my parents’ eyes, more so my dad, I think, than mine. At the time, I just wanted to play soccer, but it caught their eye, and the next thing you know, that following Monday, I was at the gym,” he explained. “It was kind of dumb luck, I guess, how it started.”

Hernandez says that initially, he hated the sport, but his parents convinced him to continue practicing and improving his skills. After about a year, he grew to love the art, and it was no longer forced upon him. He continued to play soccer as he grew older and joined Mount Carmel’s wrestling team in high school, but his passion for MMA overpowered all other sports because it mainly required him to rely on himself.

“Yeah, it’s very crucial to have a good team, a good group to work with, and stuff, but ultimately it’s on you. You gotta have the discipline to put in the extra work and do what you gotta do,” he said. “When you’re in there, it’s literally just you as well. I think I like that aspect of it a lot ‘cause I’d like to think I’m a pretty disciplined person, so there’s no excuse if something kind of goes wrong. It’s on me to prepare.”

In 2017 Hernandez joined Valle Flow Striking Academy, VFS Academy, with the hopes of taking his career to the next level. He started his professional career with a loss but didn’t get discouraged as he and his coaches trained and prepared to build a platform that would impress the UFC.

“Man, that process was… just a lot of years of trusting the process and kind of staying disciplined with it,” Hernandez said.

The process he describes lasted about three years in which Hernandez traveled and fought in different matches for different promotional companies. In February 2020, he won the Indiana-based Hoosier Fight Club Flyweight Championship title. In October, a few months later, his unanimous decision win for Legacy Fighting Alliance was streamed on UFC Fight Pass, UFC’s video subscription service. He attributes both of these fights to sealing his opportunity in the Contender Series. By early summer 2021, he signed the deal to compete against opponent Daniel Barez from Spain.

The match occurred on October 5, 2021, at UFC Apex. As the bell rang and the match began, Hernandez was aware of the loud crowd and the coaches in his corner, but he says his mind was still.

“It’s weird. It’s like you’re in the middle of a fire kind of thing. It’s almost like calmness because you’re trying to make reads, you’re trying to set things up and stuff so honestly, it’s a whole lot of nothing really aside from fight stuff, technique stuff,” he said.

For three five-minute rounds, Hernandez and Barez attempted to kick, jab, or choke each other into submission. All eyes were on them, in Las Vegas, in Berwyn, and all across the MMA community.

“It was interesting because I knew it was close. I thought he won the first round, I thought I won the second round, and then the third round, I guess depended on how the judges were gonna score ‘cause he got two takedowns in the third round right, but I don’t think he landed a strike or really went for a submission attempt,” he explained. “If anything, it showed more on my end the willingness to get up and still throw a bunch of volume and outpace him and kind of outwork him.”

The judges’ decision was split, but ultimately Hernandez was declared the winner. He says a rush of emotions raced through his head when his name was called.

“[I felt] a lot of relief, happy, proud. I think more for like my parents and my coaches… It was nice to get that close one for them,” he said.

At the moment that Hernandez’s name was declared as the winner, celebratory cheers exploded from the group at Paisans. A sense of pride filled the air. Friends hopped onto tables; the area shook from cousins jumping up and down, Hernandez’s father was lifted and crowd-surfed across the room. At that moment, they all won.

Once all of the fights of the night were finished, the contract winners were announced. Hernandez’s attempt at impressing Dana White was successful. UFC extended him a four-fight offer.

“Hernandez lost the first round, came back, fought his ass off, won the next two rounds. He’s only seven and one. I think the kid has a bright future in this sport,” White said during the contact winner announcement.

Although at this time there is no set date for Hernandez’s UFC debut, he looks forward to what the future holds.

“Next year I think my goals are to get three to four fights in, win them all, get a bonus or two ‘cause now that I’m eligible for those bonuses at UFC, that’d be a life-changer right there in one night,” he said, referencing the $50,000 bonuses UFC fighters can be awarded during events for “Fight of the Night” or “Performance of the Night.”

For now, Hernandez is back to his regular routine in his hometown of Cicero. He spends his weekdays working as a teacher’s assistant, spends his nights training in the gym, and continues training and playing soccer on the weekends. 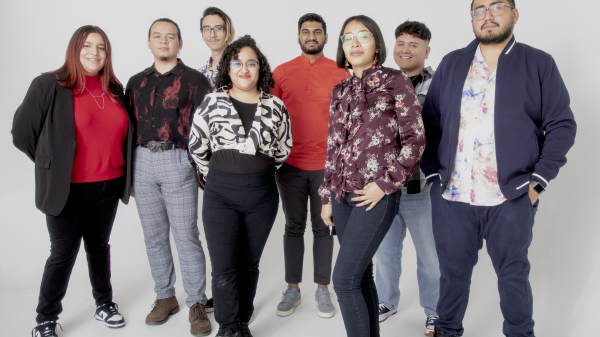 Culture, Inequality and the Power of Photography, Why Three Youth are Pursuing Journalism

As the leaves change and fall all around us, Cicero Independiente is excited to share a change of our own—three incredible young people have... 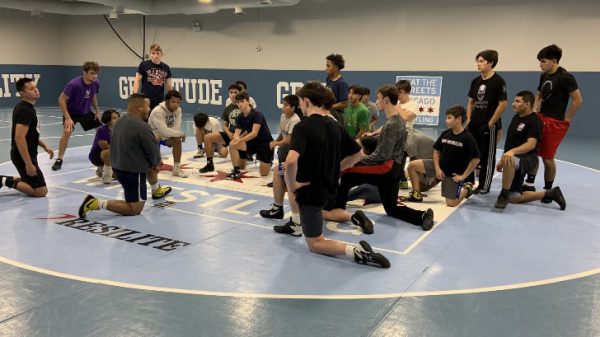