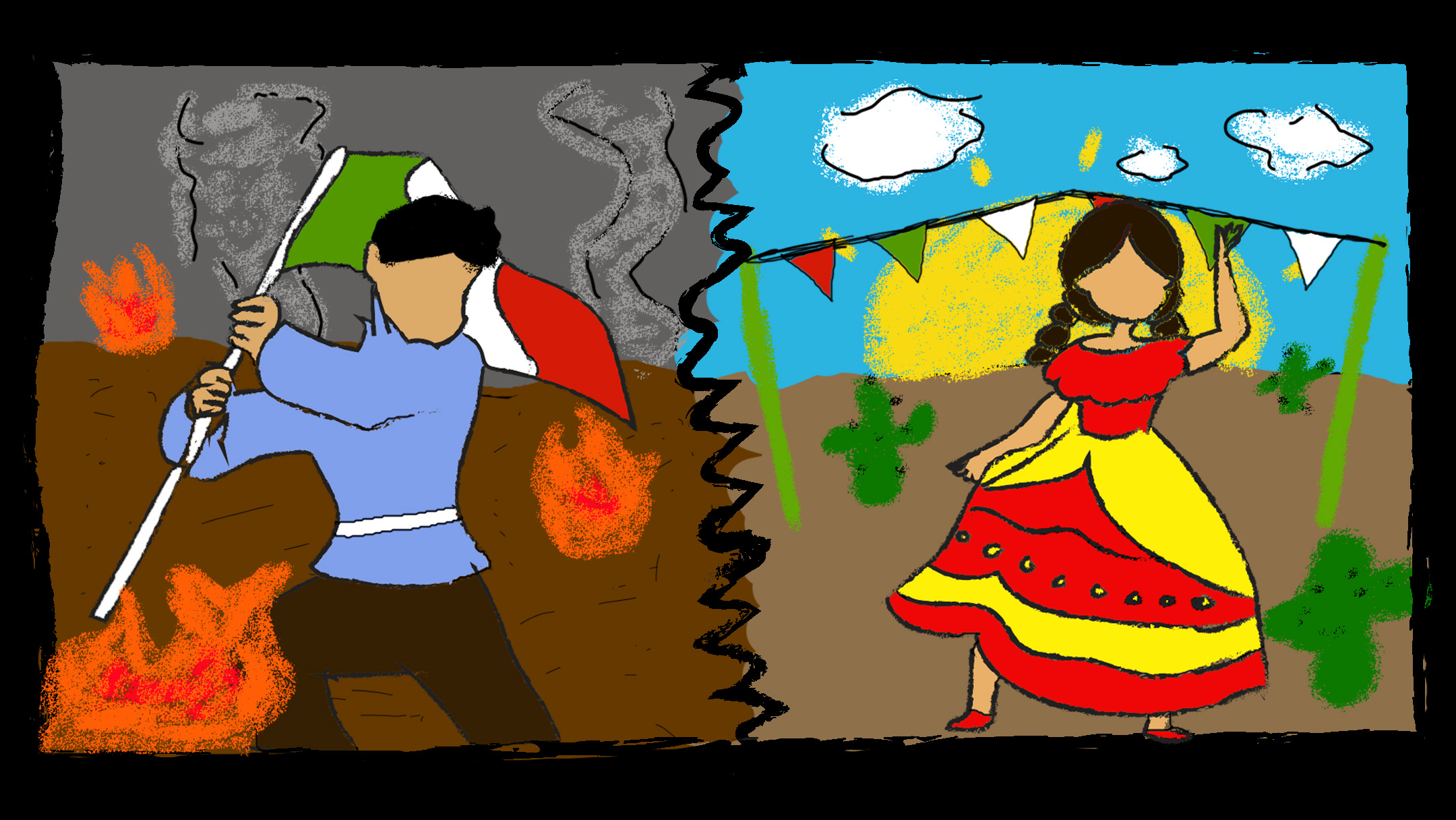 The images that come to mind for most United States residents when thinking of Cinco de Mayo are of Mexican flags, sombreros, long mustaches, tequila and, in general, a vibe of celebration and partying. But, where did this celebration come from and how has it changed with the passage of time?

It was late morning of May 5, 1862, when the Mexican soldiers defending the city of Puebla saw the French army marching towards their position. These were dark days for the nation of Mexico. They had lost half their lands to the United States less than two decades ago, the crippling debt to European nations had impoverished the whole country, the division between conservatives and liberals could not get any deeper and now the French army had come to claim Mexico as their own.

These young and inexperienced Mexican soldiers would never have believed that some hours later they would be celebrating as the French army, the one that had at the start of the century started a war with all of Europe and nearly won, was retreating under heavy rain.

“Yes, we celebrate the victory of the Mexican army over the French army that invaded Mexico, it is known as the Battle of Puebla,” said Benjamín Villanueva García, a 43-year-old resident of Cancún, Mexico. “In Mexico it is more of a patriotic celebration, in the sense that a foreign invading army was defeated.”

The memory of this battle brings pride to most Mexicans. At the time, the idea of Mexico as a sovereign nation was constantly being challenged both by external and internal forces. And the victory at Puebla seemed like a reason to feel pride and hope; like the impossible was possible.

Juan Mora-Torres, an associate professor of Latin American History at DePaul University and author of the book “The Making of the Mexican Border,” told  The DePaulia what Cinco De Mayo means to him.

“Since its independence, [Mexico] had been a divided country, no sense of nationhood, all kinds of political conflicts and military conflicts among themselves,” he said. “They lost half the territory to the U.S. Things were not going well. Right? So [the Battle of Puebla] was like the first sense of something good happening since the independence.”.

Sadly, it was short-lived. France continued its campaign to take control of Mexico and ended up succeeding in installing Maximilian I as Emperor of Mexico. But the Battle of Puebla ended up becoming a powerful symbol for Mexicans living in the United States.

Mora-Torres suggests that the date is still remembered not necessarily because the victory had important implications at the time, but because it resonated with other struggles that Mexicans — and later the whole Latino community — were facing in the U.S. As the years passed, different generations of Latinos in the U.S. could see their own struggles against immensely strong forces as parallels to what happened in Puebla centuries ago.

“Every generation gets a different meaning from the Cinco de Mayo,” he said. “And in my case, the youth of my generation found value in that because that was the moment of the Civil Rights Movement.”

Delia Cosentino, acting chair of Latin American and Latino Studies and associate professor of History of Art and Architecture at DePaul University, had a similar view on the subject.

“For those who do know the history, it makes sense to want to celebrate a David and Goliath sort of fight in which the less powerful player wins the battle (i.e. Mexico vs. France),” Cosentino said. “It could be an analogy for marginalized communities in the U.S. feeling empowered in the face of Anglo political and social aggressions toward Latinos and Mexican Americans in particular.”

“Any holiday that brings people of a shared heritage together can serve as a form of social glue, giving an emboldened sense of commonality,” she continued.

East Los Angeles, March 5, 1968. It started with the students at Garfield High School organizing a walkout and it ended up with thousands of Latino students walking out of their own schools all around the city. Not even the police were able to silence the Chicano movement that demanded to be listened to.

These students stood against structural racism in the government that stripped them of their rights and their identities, and against the day-to-day racism that kept them away from opportunities of a better life and from the respect they deserved. They hoped that one day they would beat the odds and wake up in a country that did not treat them as second-class citizens.

Today, Cinco de Mayo is celebrated in the United States with folkloric dances and Mariachis, with sombreros and fireworks, but especially copious amounts of beer and tequila. According to Nielsen, a data and market measurement firm, more than $735 million worth of beer and related malt beverages was bought in the U.S. in 2016’s Cinco de Mayo.

Mora-Torres explains when there’s money to be made, companies will take advantage. Margaritas, tequila, Mexican beers, nachos — all of these have become a part of the celebration of Cinco de Mayo.

“You have to celebrate,” Mora-Torres said. “Now the celebration has taken over and the politics have been neglected, right? But every generation will find some value in the Cinco de Mayo.”

“In my generation, it was about civil rights,” Mora-Torres said. “And so, the young people got to find their agenda. And I think they will use the Cinco de Mayo as a metaphor, because it is an event that highlights the David against the Goliath struggle […] But I have no problem celebrating. Okay. It has been a very long winter. We have been two years with Covid.”

It is May of 2022, Chicago. While we go through a winter that does not want to end, I write this article in my room as the sun sets. As a Latino student in the U.S., I cannot keep my mind away from the current struggles: how there are still people being treated as illegal for making a hard decision to forge a better future for themselves, or how still the stereotypes around Latinos frame what we are expected to be capable of or how neighborhoods with a majority of Latino population are being neglected even in a city that prides itself of being liberal. In the end, I feel relief, because I know that the reason why David beats Goliath is because he never stops throwing stones.