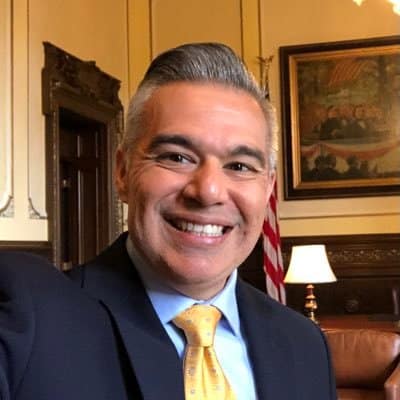 “This administration is committed to changing the trajectory of students’ lives by expanding access to early care and education, bolstering the state’s investment in the k-12 funding, making college more affordable, and expanding pathways to emerging industries,” said Martin Torres, new deputy governor for education.

“I value his insights and look forward to our continued work to ensure a full pandemic recovery and quality education for all of our students,” Pritzker said in a written statement.

Torres served as deputy policy director on Pritzker’s first campaign for governor and later joined the administration as a senior policy advisor before moving to the first assistant deputy governor for education role.

He oversaw the execution of the Governor’s p-20 agenda, working to revitalize learning and teaching for students and educators through a holistic and practical approach.

Torres also served as the associate director of the Latino Policy Forum for eight years where he managed that organization’s state policy agenda. He negotiated a significant increase in funding for bilingual education during the transition to an evidence-based funding model for K-12 schools, he served as an appointed member of the Illinois Early Learning Council, and he partnered with lawmakers to pass legislation that increased transparency surrounding the demographic composition of state boards and commissions.

Torres succeeds Jesse Ruiz, who announced his plans to leave the public sector in August.

Publisher’s note: This story is an aggregate from The Sun Times and Lawndale News.

In this article:J.B. Pritzker, Martin Torres