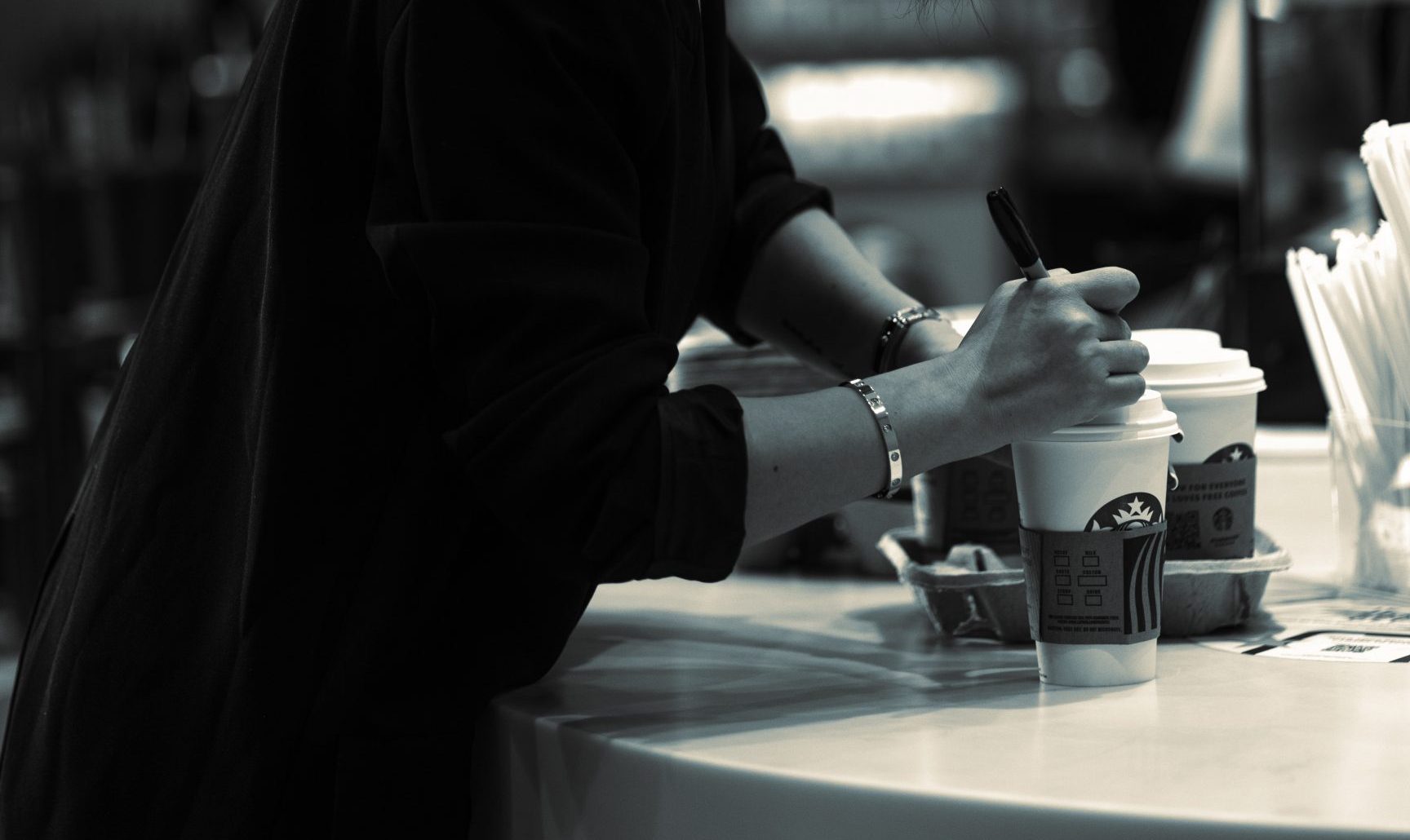 Unions are having a comeback after years of declining influence. Employees from companies across the country are increasingly organizing to ask for more benefits, pay, and safety from their employers.

Experts say employee organizing at high-profile companies like Amazon, Apple, Trader Joe’s, and Starbucks is due to the pandemic inspiring workers to question, ‘is there another way to work and live?’ and the relationship dynamic between employers and workers.

Starbucks leads the surge of unionizations as baristas in over 200 stores across the country have filed for union elections. So far, 165 stores have won their elections, while only 26 stores have lost.

According to Fernando Vargas-Soto, a former Starbucks employee in Logan Square, the employees started thinking about unionizing back in December, when the company started rolling back some of their COVID policies despite the country’s surge of the Omicron variant at the time. He said the plastic barriers at the store’s counters were removed, and their COVID isolation pay (Two weeks (up to 80 hours) of paid sick leave at the employee’s regular rate of pay) was reduced. 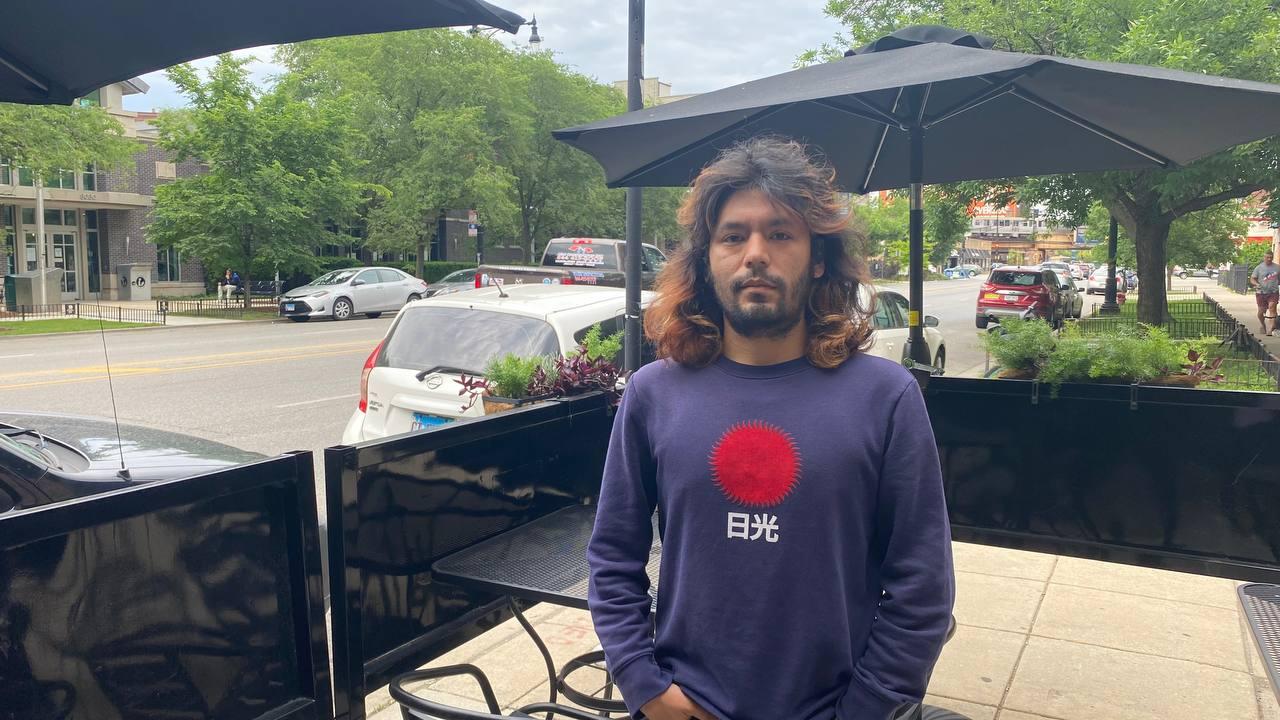 Former Starbucks employee Fernando Vargas-Soto was fired in May in what he said was a retaliatory move by Starbucks in response to his efforts to unionize the store.

Workers at the Starbucks’ Loop location also struggled with the company’s COVID policies. According to Zero Muñoz, who works there, many employees had difficulty securing their sick pay from the company. Additionally, they often faced harassment from customers whenever they tried to enforce the city’s mask mandate at the time.

Another main concern baristas at Muñoz’s store had was security; staff had been asking for improvements from the company for months.

“We do not feel safe for a huge portion of the day,” Muñoz said. She added that a big trigger was how an angry customer had threatened to shoot the employees present at the store last year. According to her, management did not do anything to address their concerns about safety until after they had filed for a union election. At that point, the company assigned a security guard to her store. However, employees pointed out that the guard isn’t present all the time.

Of those that voted to reject the union in the Chicago area, the Loop and Logan Square were among the locations.

“It’s pretty unfortunate; I definitely feel pretty frustrated and sad,” said Vargas-Soto. Their store had filed for union certification in early January, but voting didn’t happen until May. He says that he feels the long wait contributed to why their store ultimately voted against the union.

“The amount of time that we had to wait really allowed the team to feel tired,” he said. He added that during the months-long wait, anti-union workers and managers spent the intervening period spreading misinformation and launching attacks on pro-union employees. The other store in Chicago that lost its elections also had a similar several-month-long wait in between their filing and their elections.

One employee was transferred to a different store without prior approval, while another had their hours cut so severely that they ultimately had to look for another job. Things came to a head when Vargas-Soto himself was fired in early May, which he said was retaliation from management for his union activities.

“I was fired because I was supposed to come in for work at 9 am, but because of the construction near my store, I had to park really far away,” he said. “I was told that the policy is if I know that I’m going to be late before my shift starts, I’m supposed to call the store to let them know that I would be late. So that’s what I did. And despite that, I was fired for being six minutes late.”

Vargas-Soto added that on previous occasions that he was late, management would single him out and reprimand or punish him despite other employees occasionally showing up to work late.

According to Workers United, Starbucks has aggressively pursued anti-union tactics against its employees and punished those who have led efforts to unionize. As a result, the union has filed more than 180 unfair labor practice charges with the National Labor Relations Board (NLRB). The NLRB’s Buffalo office has found “serious and substantial” misconduct on Starbucks’ end and has charged the company with more than 200 labor law violations.

Before the Starbucks movement, other coffee shop employees in the city turned to unionization to address similar problems. Simon Rafet has worked for the past four months at Colectivo, a Wisconsin-based roaster and cafe chain with five Chicago-area locations. All Colectivo branches are unionized and represented by the International Brotherhood of Electrical Workers (IBW). However, since they only unionized last year, they are still negotiating a contract.

IBW is also working to represent employees at Intelligentsia Coffee, which joined a still-growing wave of labor organizing among employees at coffee companies locally and across the U.S.

Pro-union staff at Intelligentsia’s six-city cafes and its Chicago Roasting Works warehouse in the West Loop submitted the petition in late May.

Like Starbucks employees, Rafet and his coworkers are fighting for better pay and company support.

A month ago, Rafet caught COVID from a coworker while on the job and had difficulty securing paid time off.

Robert Bruno, the Director of the Labor Studies Program at the University of Illinois Urbana-Champaign (UIUC), believes that unionization is the best path forward for workers to secure more rights for themselves.

“They have to take it upon themselves to speak for themselves and to collectively decide the conditions upon which they work,” Bruno said, adding that he believes that as more Starbucks stores win their respective elections, other industries will be inspired to organize as well.

68 percent of Americans approve of labor unions — the highest rate since 71 percent in 1965, according to Gallup poll

Bruno said that now, the political climate is very friendly to labor movements, with President Joe Biden expressing his support for unions in recent months. Biden promised to be the “most pro-union president ever” and has been very vocal about his support for the PRO Act, which aims to make the unionization process more accessible and less bureaucratic.

Many Americans share Biden’s support for unions. A Gallup poll conducted last September showed that 68 percent of Americans approve of labor unions — the highest rate since 71 percent in 1965, reported CNBC.

Richard Bensinger, a union organizer with Starbucks Workers United and a former organizing director of the AFL-CIO, tells the cable business news channel that he believes most of the pro-union workers are in their early 20s, prompting him they are part of a “Gen U” for unions.

Gallup data from 2021 also finds that young adults ages 18 to 34 approve of unions at 77 percent.

With that being said, Bruno acknowledged that Starbucks would probably continue to crack down on its employees in the coming months.

Despite all these challenges, Vargas-Soto still believes he made the right choice in pushing for a union at his Starbucks store. He now works at Colectivo and says his experience there is more positive.

Vargas-Soto has reason to be optimistic. A study by the Bureau of Labor Statistics showed that in 2019, union members earned an average of 19 percent more than their nonunion counterparts.

“It’s night and day,” he said. “Employees are just a little bit happier,” Vargas-Soto noted that when employees are about to enter a conversation with management that feels punitive, they can discontinue the conversation and resume it later in the presence of a union representative.

“Just because we lost the election out of my (Starbucks) store doesn’t mean the fight’s over,” he said. “We’re not doing it simply because it’s a part of the moment. It’s what’s right. And when you’re doing what’s right, it doesn’t matter how long it takes.”

Raphael Hipos is a graduate student at Northwestern University with more than 2 years of experience in the media industry.

Hipos has worked with various organizations including ABS-CBN and CNN Philippines. He is skilled in the various aspects of television news production, which he studied extensively during his undergraduate education at the University of the Philippines. 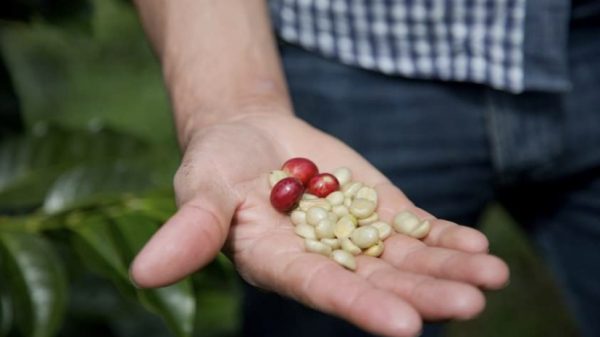 Anticonquista Café not only roasts their coffee here in Chicago, but harvests it from the high mountains of Guatemala. In mid-March, the owners of...